In What Circumstances Is The Anti Tpo Test Indicated?

When a patient has abnormal symptoms suspected of being caused by thyroid disease, the doctor will assign the patient to perform related tests, including the Anti TPO test. However, when hearing the name of this test, many people wonder how accurate this test index is. If you are interested in this issue, let’s find out the information shared in this article!

Thyroid Peroxidase – Thyroid-specific peroxidase (TPO) enzyme, before being transported to the plasma membrane of the apical region of thyroid cells, this enzyme will be synthesized at the endoplasmic reticulum.

This is also one of the enzymes involved in the synthesis of thyroid hormones and is also responsible for attaching an iodine molecule to a protein framework called thyroglobulin. 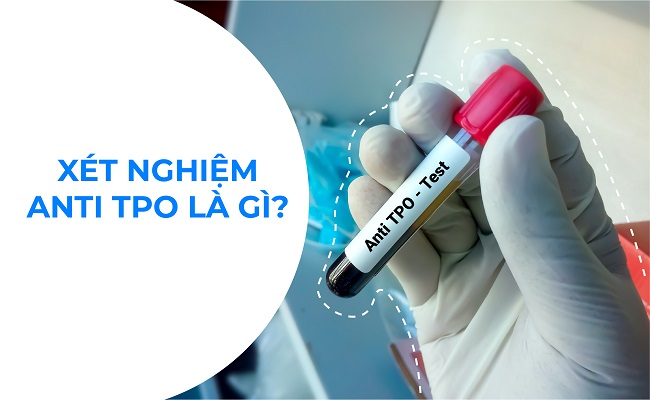 As a result, the thyroid gland is damaged, causing thyroid disorders and chronic inflammation. If this condition is severe and prolonged, it can lead to hypothyroidism, even thyroid cancer.

Anti – TPO test is also known by many names such as Antithyroid Antibodies, Thyroid Antibodies (Anti – TPO), so on, but all refer to the quantitative test of antibody levels against the enzyme Thyroid Peroxidase in the body through immunological methods.

2. When Should Anti – TPO Test Be Performed?

In what cases is the anti-TPO test indicated? When the body appears abnormal symptoms, you should go to the hospital for a thyroid examination.

At this time, based on the signs on the patient’s body, the doctor will appoint the appropriate tests, including the Anti – TPO test as follows: 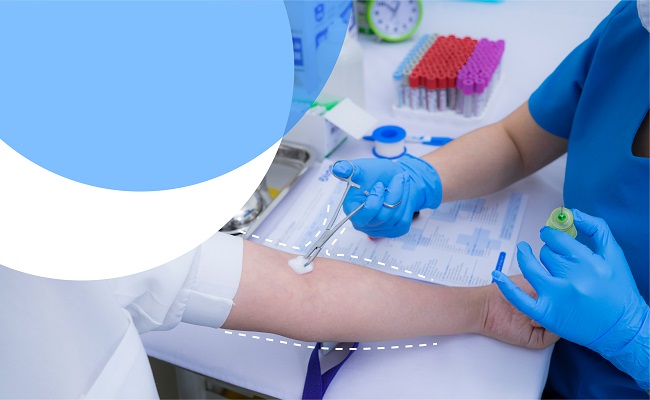 Women who are experiencing clinical fertility difficulties, in cases where the physician suspects an autoimmune thyroid disease.

In case pregnant women know that they are suffering from thyroid autoimmune diseases, they also need to have anti – TPO test during pregnancy to assess the risk of transmission to the fetus or not.

3. The Process for Conducting A Test

To minimize the risk of affecting the results of the Anti – TPO test, before conducting the test, the patient should consult a doctor about the issues to be aware of.

Usually, the doctor or nurse in charge will advise and guide the patient before taking the sample for testing as follows:

Procedure for taking samples for testing:

Besides, before taking samples, the nurse will also explain to the patient or family about the blood collection procedure for peace of mind and psychological preparation such as:

After the waiting time, the test sample was defrosted only once and tested within 2 hours from the time of defrosting.

Normally, the process of conducting sample analysis will be done on the pre-installed Anti – TPO tester and waiting for the results according to the analysis command.

After the test results are available, the doctor will rely on this to make conclusions and resolve the most appropriate side treatment for each specific case.

What is the Anti – TPO Test Index? Anti – TPO is an indicator of Thyroperoxidase antibodies in the body. Through the measurement of the TPO antibody index in the patient’s body, it will help the doctor make an accurate diagnosis. Specifically, the Anti – TPO index is normal when at:

Specifically, when the value range of the Anti – TPO test < 34 U/ml is normal, then the amount of Thyroid Peroxidase enzyme antibody is only present in a very small amount in the blood and is considered negative.

However, there are still a proportion of people with autoimmune thyroid disease but without the appearance of autoantibodies in the blood, but still giving negative results, the symptoms manifest in the patient’s body. may be due to causes other than autoimmune disease.

In this case, if there is a suspicion that some autoimmune autoimmune disorder is likely to develop over time, the doctor may consider ordering the patient to have the Anti – TPO test repeated after a few days. Another day to confirm.

Anti – TPO test results can also be influenced by the following factors:

• Broken red blood cells can be caused by hemolysis when the patient is infected with blood parasites or the technique of the specialist taking the sample for testing.

The Anti – TPO test is intended to assist clinicians in the definitive diagnosis of autoimmune thyroiditis.

At the same time, this test also helps differentiate from thyroid diseases caused by autoimmune or other causes.

Thereby, helping the doctor make the most appropriate treatment decision for the patient diagnosed with subclinical hypothyroidism.

But in cases where the physician suspects that the patient has an autoimmune disorder in which the Anti – TPO antibody level increases gradually over time, it may be necessary to repeat the test 1-2 times after the first treatment. about 1-2 days.

If the level increases gradually over time, it will have more clinical value than the stable level. Because through this result, it will reflect an increase in autoimmune activity in the body.

Anti – TPO levels will be elevated in diseases such as thyroid cancer, Hashimoto’s autoimmune thyroiditis, so on. But it should be noted that the concentration of Anti – TPO in the blood cannot reflect the extent of the disease.

The Anti – TPO test is also recommended for pregnant women who have a personal or family history of thyroid dysfunction. Because if the concentration of Anti – TPO in the mother’s blood is high, there is also a risk of affecting the baby.

Besides, screening for thyroid disease at the beginning is also a proactive way to detect thyroid disease early, which people at high risk of disease need to pay attention to.

However, according to statistics, about 3-5% of people who test for Anti – TPO have positive results but do not have the disease. 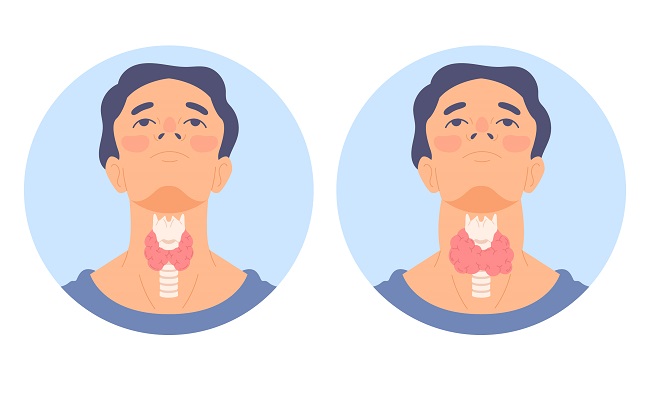 Hopefully, through this article, you have provided you with useful information related to the Anti – TPO test. To better understand the test results, you should consult the doctor in charge, from which the most appropriate method of care and treatment.

Currently, the Anti – TPO test can be performed quickly and gives highly accurate results at Diag Laboratories in Ho Chi Minh City. If you need more information and an easy test appointment, you can call the hotline 19001717 for the fastest response.